Lecrae makes a shocking announcement about him and his album 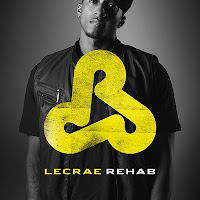 I just saw a blog post on reachrecords from Lecrae.
He announced that he will not be in the US but will be in Sudan, doing God's (ministering to the afflicted) on the day his album will be released.
He will have no access to the internet and all. He will not know how his album will do on itunes and other charts... He will not hear the critics and supporters either.
He made some other confessions and admissions about himself that makes anyone want to strive to be a better believer... and I was impressed beyond doubt that Lecrae is a man of God and a servant as well.
Read the full blog on reachrecords by clicking the link below.
http://reachrecords.com/blog/show/REHAB-MISSION