How to relieve joint pains: Pray and obey

That's right, pray for healing, then if God tells you to do something else in addition to prayer, obey.

I guess God wants to reiterate and hit this point home with some people, that He still heals and loves to do so.

I saw this picture for an ad about pains in joints (like your elbows, knees, etc) and it brought back a memory. A memory that wasn't very good but glory be to God is now a testimony. Actually two testimonies of God healing me.

First testimony: I had a recurring pain in my left knee for years. It was nothing really serious unless I over-exerted that leg, and usually when I bent my knee a little bit. I asked God for healing, prayed and trusted God for it to come (by His grace). I was healed instantly but I didn't see it in the physical. Years later that I have forgotten about it, the pain is gone. I love running and playing a lot now :D

Second testimony: Two weeks before a concert in Kamloops, BC (BC Hip-Hop Fest. 2012) that I was performing/ministering in, I got bad bad pain in my feet; first time ever this was happening. Well, I obeyed God's word and went to my elders and we all agreed in asking God for healing. One of my elders asked God to show me what to do if I need to do something to get my healing; that statement got stuck in my mind.
So yeah, some days later, the pain in my feet was better but not by much, and the concert date was approaching and I knew that I would be doing some jumping and dancing. Here's the miracle: I went into a store close to where I live to get my protein shake meal replacements for when I don't cook (don't ask) and somehow got to looking for shoe pads/insoles/inserts. I felt led but was not very convinced, but bought them after a google search to see if they work. And in like 2 days, my feet was healed in time for the concert. I am so happy about this... and that concert, but that's another testimony.

Why did I give these two testimonies?
In some cases, God heals immediately. Other cases, God doesn't heal immediately; He heals when He sees fit.
However, sometimes, God might require you to do something to be healed; maybe to take an action in faith and obedience, to stop doing something or to start doing something good, to change an attitude, etc.
Don't get me wrong though. I am not saying that God requires that you work to get His favour and/or healing because in most cases God just straight up heals and does so for people who don't acknowledge or love Him.
But sometimes God might ask us to do something to get healed (like the centurion whom Elijah told to go dip himself 7 times in the . I believe God does this to build our faith.

Either way, God still heals. If anyone tells you otherwise, he/she is a liar and is deceiving you, sometimes unknowingly.
Don't ever doubt God's greatness and might. God is above everything.

Stuff about healing in the Bible for your reading, praying and faith pleasure
Coming soon. 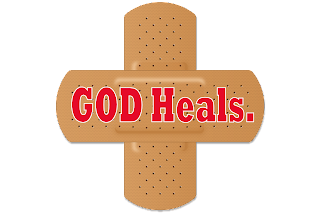