I revisited a post (The Secret Sexual Revolution) that I previously declined to comment on, on Relevant Magazine; I had to respond to some things people said that can potentially confuse others who don't know better.

I get a decent amount of traffic on True Vine Productions, so I think it's a healthy assumption (in faith knowing a little bit of how God moves) that someone needing this will stumble upon this post.

I made some comments on Relevant Magazine with regard to why people wait to have sex after marriage; I hope my response makes sense and answers at least one question you have about why you shouldn't have sex until you get married.

Guest
Grow up, morons. Not having sex based on some 2000 year old societal control is SO stupid...and totally impractical. The reason that people aren't "following god's plan" is that because, no matter what they SAY, they don't really believe it. Why? Because plenty of the bible is already proven to be BS and they see people having sex every day who are still good people and very happy with their decisions. Adults can think for themselves.


Bezalel
Wow... you're an angry person huh?
A whole lot of what you said, I believe was said by you out of ignorance.
- You said people don't follow God's plan because they don't believe it. I say, people don't follow God's plan because of many reasons, some of which are lukewarmness (Revelations 3:16), not spending time with God (studying the Bible and praying, etc).
- You said the Bible is proven to be BS. I say "Who's been lying to you?! Obviously the devil." The Bible has never been (and will never be) proven to be BS. God is real and His word the Bible is as real.
- You said people having sex everyday are good people and happy with their decisions. I say, "Can you prove it?" I know for a fact that they are not good because if you disobey God's word and have sex outside of marriage, you're sinning = not good. Also, you don't know that they are happy... and if they are, it is temporal.
Nothing gives you joy outside Christ. It may seem good for a while, then you get back to feeling bad because the truth is, we were all made to worship and love Jesus. If you aren't, you're missing out.
All that stuff I wrote/said above, is not to get into an argument of to make you look dumb; I pray that God opens your eyes to see Him for the amazing Creator and Father He is.


Marie
I'm a 30-something single Christian woman, not a virgin. I have no regrets. Perhaps it's more godly to wait for marriage, but it got to the point where I was only living abstinent out of guilt and I was ashamed of my virginity. Is that serving God?
I think the church is overly concerned about sex, making people feel guilt and shame when they don't achieve the perfect Christian standard. In many Christian circles I've been exposed to, premarital sex is treated as the ultimate sin. I suspect that the slightly higher rates of Christian pregnancies is because Christina adolescents have never been taught about birth control - they shouldn't need it if they're living the good Christian life, right? How about less focus on sex and more on developing their overall Christian faith.
I wish strength to those who choose to consider to live abstinent, because it's not easy.


BezalelHey Marie,
Just thought I should correct you on something:
Not having sex is not the Church's standard or the Christian standard, it is God's standard.
And yes, abstaining is not easy.
I think where most people miss their turn is in doing this: Relying on self and will power to overcome the temptation.
Jesus has already overcome sin for us; there's no need to worry.
God does the keeping and saving, we only need to do the trusting and obeying.
In all, abstaining is difficult, but becomes way easier when you realize that you need not do much but obey God, trust in His ability to keep you as a virgin till you get married (or not), and not fear or think about falling or failing.

Something I once read a while back (paraphrasing): The goal of a single Christian is not "to abstain from sex" but to use your singleness to draw close and serve God unhindered and without distractions.
We are failing as singles if we think that we are successful and "good Christians by just not having sex. God expects more; To trust in Him, obey Him and believe in His son, Jesus. 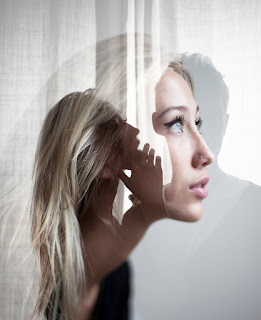 I also came across this article (geared more to the ladies, but guys should get the hint too) about waiting; a very good perspective: http://gracefortheroad.com/2012/02/03/idontwait/

Society has twisted our minds and even caused more damage to a sin-prone society, clearly seen if you read more comments on the post on Relevant Magazine.

I want to reiterate that our goal as singles (while single) is not just to remain a virgin and live our lives like we are missing out on something; we are not.
If we seek God's kingdom first and obey ad trust Him, the temptations while we wait will come, but we will be victorious.