PRo - Dying to Live Album Cover was released on the Final Episode of the Dying to Live Series, a short video series designed to promote the gospel and PRo's album.

The Third and final video in the Dying to Live series was debuted exclusively on PRo's facebook page (Click on DTL on the left-sidebar to watch the video).
The Album Cover for Dying to Live is very unique and different from the style Reach Records has used before... very serious and more mature; you get what I mean I believe. 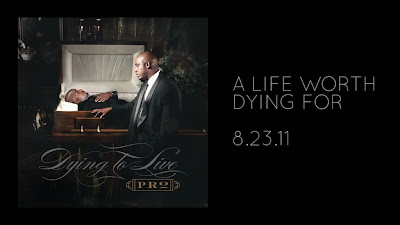