The Chopping Block // Homosexuality... vs other sins

This is just one reason why I love Lamp Mode Records: The Chopping Block.
These brothers (who are all rappers) are not afraid to get it in and speak the truth about challenging and controversial subjects.

This video is one of the best I've seen address the subject of homosexuality, lovingly.

2. We all struggle with different sins. We cannot say these sins are okay because we feel like doing them because God says it's not right.

3. Having same-sex feelings and attractions isn't sinful. Acting out on those desires is sinful. For example, Mike might struggle with being attracted to other guys. If he doesn't act out on those temptations (e.g. thing sexual thoughts in his head, etc) he hasn't sinned. If Mike gets in a sexual relationship (physically or mentally) with another guy, that's when it becomes sin.

4. 1 Corinthians 6:9 speaks on same-sex attractions. It also speaks about other sins (stealing, drunkards, violent people, swindlers, etc). Homosexuality IS NOT singled out as the only sin in the Bible.
We therefore don't have the right to look down on people who struggle with homosexuality.
Why? Because all of us (before Christ renewing us) had some of these other sins listed with homosexuality, and still struggle with some sins as believers.

5. We were all born sinners (all inclined to various sins) true. It might be homosexuality, stealing, fornicating, etc, but that doesn't make right the act of stealing, being violent with people, etc . Christ can set us free from any of the evil desires we were born with if we accept Him.

7. Despite what people (psychologists coerced into reporting untrue findings) have said about people not being able to be free from the homosexual lifestyle, and to live fulfilling lives after saying no to acting out on same-sex attractions, Christ is able to redeem and set us free from any sin (including homosexuality).

9. Encouragement to Christians struggling with same-sex attractions:
- God's grace is sufficient. Lean and rely on God's grace to resist our desires that seem core to our being.
- God will never cast you out for your struggle with homosexuality. God can and will rescue you.
- Make sure you're in a gospel preaching Church.
- Be in a community that is aware of how frail they are without Christ, a place that shows mercy on people struggling with certain sins.
- Peacefully leave a church that doesn't realize their desperate need of God's grace to live for Him.
- God sees us as perfect in Christ. Now try to practically work out living your life without giving in to those temptations.


If you like what you read, scroll up and watch the video. 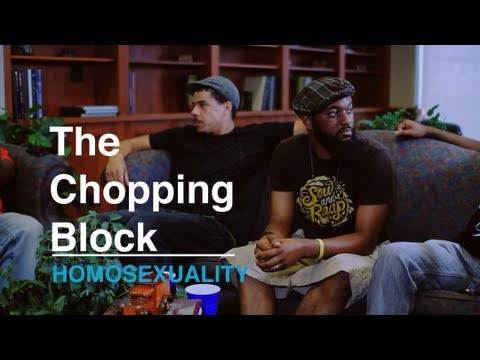