16 flood victims raised from the dead

This is an amazing amazing story.
I'll summarize it in as few words as possible then give you the link to read the full article.
Here's a snippet from the full post.


The people in Caleme reported that 5 American men went near the 5 bodies and yelled, "Rise and live in the name of Jesus." The dead bodies started to shake and stood up and walked and are alive. At the nearby morgue, there were 10 dead bodies in the hallway. People said that 5 foreign women went near the bodies and said, "Rise and live in the name of Jesus." The dead bodies shook and stood up shaking and walking and were alive. People were screaming, yelling. Riot at the barrio of Caleme. These 5 dead bodies in the street of Caleme have been dead since Wednesday January 12. The 10 dead bodies in the morgue have been left in the hallway since Wednesday. People have talked to the dead risen. They were still weak but were able to talk and they said, "I was in a dark place many people crying, shouting. Was I asleep? Now I am alive!" "I know I was dead. I was in a dark, ugly place. I do not know what happened, but I am back to life. God is alive.” The families of these dead are celebrating and happy. There has been hope in Caleme since Saturday.
Read the full article on iBethel(Healing Herald)
...and share the testimony with everyone you know. 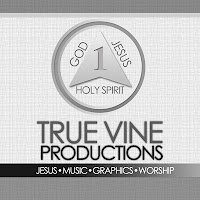