I try to attribute my knowledge of computers to myself a lot...
But the more I think about it and get real with myself,
I know man didn't give me this gift, so who can beat it?
Didn't write my first program as a kid but problems I never heard of, fixed it
Man didn't tell me or teach me the way to get her running optimum,
Me and PC's got a connection, they obey me cos I'm a god.

Why do I possess the skill to know by heart what defect is causing
Troubles hidden behind the hard-case, making the registry move snaily
I'm not claiming to be a genius but I got the Mind of Christ so I guess I am
God gave me this gift to use for Him, that's about all that I know for now
Where it's going I don't know, but my Software knowledge is growing
I learn the way the code's logical methods operate in no time
It's like God made my mind for Intel's in 89, way before their prime

Take it the right way and don't judge, but if you wanna go for it
I'll be honest; this is the only gift of which I'm modest
To this day I let people speak, analyze and criticize
Sometimes I ask for forgiveness for the wicked thoughts that rise
People like to talk and brag, me I do the working
Let the hands do the speaking then you can judge if it's from Him
Lazy hands make poor so mine are always on the grind
Working on some project by grace that'll make you go wow

I hope my gifts inspire, I never do it if my heart is wrong
Till the day I vacate in Heaven, I'll rather die than sing a heathen song
The Lord is my Shepherd so you better believe that I'm going strong
I've been stung, like King Kong by things I thought were less than me

Masterpiece after another, that's the way of my Dad,
So I copy the way He talks, call those things that aint like they are
If death and life are in the tongue? Then good luck calling yourself sick
You may say you're being honest but you're getting yourself harnessed

If God said you were good when He made you why should you differ?
Let the weak say they're strong and the poor say I'm rich
No, money is not the problem, the love of it is
Don't think that it's impossible for the Kingdom of God to be for princes

I got connections in and out like a projector I show light
With God all things are possible, we gotta pray for those in doubt
Those without God, those who have none to believe in
They may be worth a billion dollars but don't underestimate the Spirit's power of conviction
The vision isn't to see only church folk in Heaven
I pray that His Light shines bright through me to cover the darkness in them 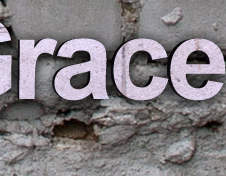