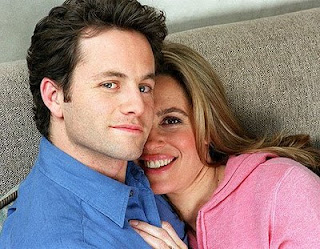 Wow. :o
What on earth?
I mean, are you freaking kidding me?

I am appalled!!! Very very.
How can a Christian call something like homosexuality unnatural?


So why then are many "Christians" on Kirk Cameron's case for restating what God said?
Why are Christians joining to attack their own brother in Christ?

Kirk Cameron was asked about homosexuality. He answered how a Christian should:
Bold, fearless, uncompromising and not-conforming to Piers Morgan, and not bending the truth.

Kirk went with option 2, and people got convicted. Others will repent. The devil cannot win this war.
The truth hurts... big time in this case. Hurts in the sense that you feel bad because you know you're sinning and need to repent.

I mean, Kirk Cameron was trending on twitter with at least 90% of the tweets being tweeted by people who sadly don't know better, being negative.

I don't blame them; I just now know that I have work to do; I need to be more obedient, obey and preach the gospel more... for real #helpGod

Many people have never heard (Christians and non-Christians) that homosexuality is not natural; they were simply told that it's normal and haven't heard a contrasting view. Why wouldn't they go with the flow and diss someone who says otherwise?

Believers, brothers and sisters, we have work to do.
It's not an easy task but we have God on our side.
We need to preach the gospel more and I pray for God to give us opportunities to do so more and I know that God will speak and do the talking if we let Him.


Stating God's Word and standard IS NOT homophobia.