Repost: First they came for the black people and I did not speak out

I just came across an article about the recent death of the 18-year old black male, Michael Brown, on Facebook, thanks to Alex Medina.
To sum the article up, it's simply about how the non-black Americans and media are responding to the death; pretty much treating it as norm. Looking away. They're violent; they deserve it don't they?
The death of  Michael Brown hit me hard; as expected; another black kid killed by someone (not black/racist)  in authority. Not many people in my circle (black, white, etc) are talking about it; not among my circle of facebook friends all over the world - and it kinda bothers me.
I haven't talked about this issue lots to prevent ruffling some feathers; but why play safe? Why start now?
Here's the article: http://blog.mattstauffer.org/182/first-they-came-for-the-black-people-and-i-did-not-speak-out/
Read it. Respond as you will.
This snippet of a poem stood out to me the most:
First they came for the Socialists, and I did not speak out—Because I was not a Socialist.
Then they came for the Trade Unionists, and I did not speak out—
Because I was not a Trade Unionist.
Then they came for the Jews, and I did not speak out—
Because I was not a Jew.
Then they came for me—and there was no one left to speak for me. 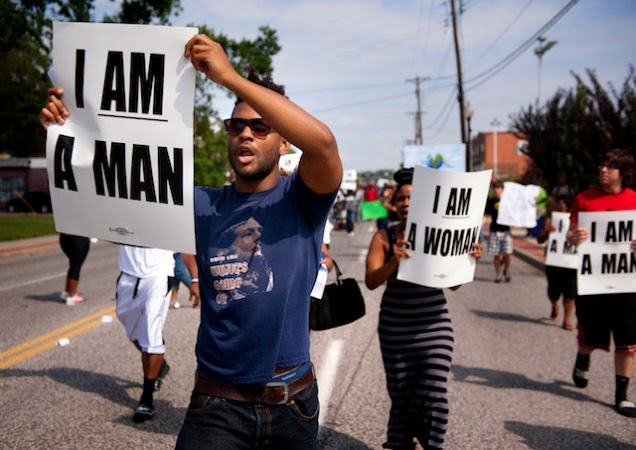